Roll over image to zoom in

Swolverine's Beta-Alanine is created with CarnoSyn® a high-quality, patented ingredient. CarnoSyn® is the only Beta-Alanine that has successfully obtained New Dietary Ingredient (NDI) status with the FDA.

Increased Strength - Training at a higher-volume due to delayed muscle fatigue will increase output, which translates into increased strength.*

What Are The Benefits Of Beta-Alanine? READ MORE

The Best Supplements To Gain Muscle And Strength READ MORE

SUGGESTED USE: Mix 1 rounded scoop of Beta-Alanine with 16 oz of water, combined with BCAA and Citrulline Malate before or during your workout

*These statements/products have not been evaluated by the FDA. This product is not intended to diagnose, treat, cure, or prevent any disease

Thank you for submitting a review!

Your input is very much appreciated. Share it with your friends so they can enjoy it too!

I decided to switch my pre-workout supplements to Swolverine. I mix L-Glutamine, Beta-Alanine, and Citrulline Malate together and drink approximately 30min before my workouts and it's been amazing! I have used another supplement provider for years and it was just time for a change. Swolverine was the change I needed! My workouts of choice are usually CrossFit workouts, but during quarantine, I've added a lot more Olympic Lifting in my routine. The 3 of these products mixed together adds a nice slight little tingle and gives me the extra boost I needed.

WOW! Suzanne, we can not tell you how incredible it is, to help fuel your training. Thank you so much for the amazing review. 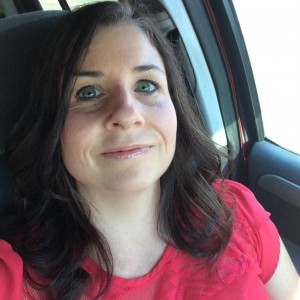 I’ve been using this product for a few months now and I’ve seen an increase in my aerobic capacity.

Jenn! So happy the Beta is helping your training and performance! Thank you for the review!

I love adding bet-alanine to my BCAAs or Clean Carbs to help fight fatigue in my longer sessions. You get that little sensory tingle but the real magic is as you go on and on and don't have to fight that "burn" as much as you push to be your best. Tasteless so you can use it with anything before or during your training

Thanks for the amazing review Richard. We always try to create the very best products to help your performance and we're stoked to get the opportunity.

This product did more that I anticipated. It helped me prolong my workouts with extra endurance and intensity. I will be purchasing this product on a regular basis. I highly recommend this product especially for overcoming any plateaus.

Thanks for the review Jimmy - we're so glad this product is exceeding your expectations!

I've been using Swolverine's beta consistently for about 4 months now and I can absolutely notice a difference when it comes to getting a few heavier reps without the fatigue I would have before. Awesome product. I love this brand! I'll be a life long customer!!

Jim! CarnoSyn is an amazing ingredient!! Thanks for the support